Marilyn Vine has had weather control concerns for a very long time over the global warming fraud that is being perpetrated right around the world.  It all started with Al Gore and his film and as you will see below his credibility is now being called into question.

Stratospheric Aerial Spraying being carried out by governments around the world 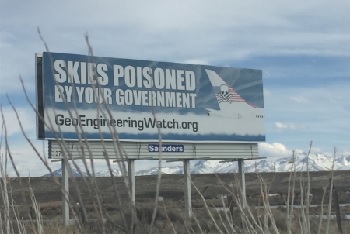 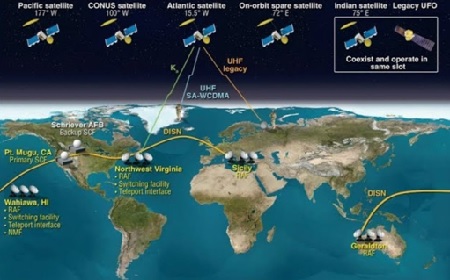 A VERY GOOD REASON FOR EVERY WORLD CITIZEN TO DEMAND THEIR GOVERNMENT WITHDRAW THEIR SUPPORT FOR NATO BEFORE WE ALL END UP IN WWW111!

“The M5S (5 Star Movement) divided about the Sicilian maxi-radar”, headlined the Corriere della Sera, thereby spreading a maxi fake news – not about the directorate of the 5 Star Movement,  which, after having won an electoral consensus with the “No MUOS” in Sicily, is now backing off  – but about the very object of the dispute.

By defining the MUOS station in Niscemi as a “maxi-radar”, they are fooling public opinion into believing that it is an Earth-bound electronic scanning device, and therefore defensive. But on the contrary, the MUOS (Mobile User Objective System) is a new satellite communications system which extends the offensive capacity of the United States to the whole planet.”

Layer of Ice Crystals and the sun

A ring around the sun, is seen over Fort Lauderdale, Fla., Friday, May 17, 2002. The halo is a rare effect on the sun caused by a layer of ice crystals in the atmosphere refracting light from the sun. Photograph: Lou Toman/AP 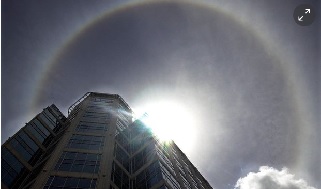 The Guardian dated 27 March 2017:  “Trump presidency 'opens door' to planet-hacking geoengineer experiments”.  This is a most disturbing article when one understands the consequences of this continued stratospheric aerial spraying that is destroying our planet and in Dane Wigington’s words “we are almost beyond the point of no return”.   Please click this article to read this particular plan of action.  Dane Wigington asks the following question:

“What is the true agenda of the weather warfare insanity being carried out in our skies? What are the ultimate objectives? Why would the Trump administration enthusiastically embrace, promote, and back geoengineering/climate intervention programs given the fact that Donald Trump and most of his appointees patently deny that there is any global warming in the first place? More excerpts from the Guardian article are at the link below.” 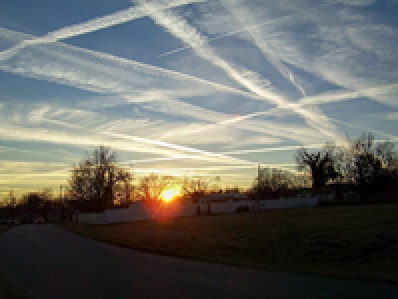 Weather control:  GreenMedia on 10 October 2015 advise that J Marvin Herndon has the article referred to in the following link withdrawn from the publications.   Herndon now states:

“Public Notice of the Author's Rejection of the Retraction of the Peer-Reviewed and Published Scientific Article "Evidence of Coal-Fly-Ash Toxic Chemical Geoengineering in the Troposphere: Consequences for Public Health" by the MDPI journal, International Journal of Environmental Research and Public Health (hereafter IJERPH).”

Read the information below and then PLEASE click this link and find out what happened as a result of that publication.

Click this link to read a scientific study on Evidence of Coal-Fly-Ash Toxic Chemical Geoengineering in the Troposphere:  Consequences for Public Health authored by J Marvin Herndon and published on 11 August 2015.   Click this link to see Table 1.  Average chemical composition of the 23 un-leached and leached (leachate) European coal fly ash samples from Moreno et al [10]

“The widespread, intentional and increasingly frequent chemical emplacement in the troposphere has gone unidentified and unremarked in the scientific literature for years. The author presents evidence that toxic coal combustion fly ash is the most likely aerosolized particulate sprayed by tanker-jets for geoengineering, weather-modification and climate-modification purposes and describes some of the multifold consequences on public health.”

Will you do anything to stop this?

i.e. contact your government and provide them with this information?

NaturalNews on 10 August 2015 brings international news on evidence found that governments are spraying people with chemicals and pathogens.  I think most informed people these days are aware of the chemical spraying that goes – often referred to as chemtrails.   The article goes on to say:

“As reported by Sputnik News, the experimentation was led by the U.S. military, shortly after World War II:

Just a few short years after America signed the Nuremberg Code, the US military conducted a secret bioweapons experiment on the city of San Francisco, without the knowledge of the people. The entire city was infected and one person died. But this wasn't the only instance. There were at least 239 documented cases.

The report noted that in San Francisco, circa 1950, the U.S. Army released a type of bioweapon fog that rolled in from San Francisco Bay. As reported by the San Francisco Chronicle in October 2004, the Army conducted a secret test involving serratia, a bacterium that was not, at the time, believed to cause disease. The science of the day was wrong.”

Click this link to read more on this subject.


NaturalNews on 7 August 2015 provides information from climate engineering expert Dane Wigington of Geoengineering Watch.    The article reports on the deaths of alpacas and extreme heat wave conditions which are totally out of the norm.   The article goes on to report from Dane:

"Spraying chemical and biological ice nucleating elements has allowed the climate engineers to radically (although temporarily) cool down large regions," writes Wigington on his highly cited website Geoengineering Watch. " We saw this throughout the 2014-2015 winter in places like the eastern US and Boston."

Click this link to read the full article and to find Dane’s website with more international news in this regard.

“The ravenous blaze racing through this area may not be a living organism, but fire behavior specialists say the vast oval of flame has been acting like a demon, bolting in all directions, shooting out superheated tentacles and even creating its own weather”


Information received in December 2014 indicates that Global Warming is nothing but a scam.   John Casey and Tom Luongo are exposing the lies and the reasons – financial of course – for this scam to be perpetuating.  Weather Control P1 urges you to take the time and read this document and then pass it onto as many people as you can.   The more people who understand the “scam” the easier it will be to stop governments from continuing with this myth!

Elana Freeland’s current book - Chemtrails, HAARP, and the Full Spectrum Dominance of Planet Earth, is creating quite a stir.  Elana's book examines how chemtrails and ionospheric heaters like the High-frequency Active Auroral Research Project (HAARP) in Alaska services a full-spectrum dominance. This "Revolution in Military Affairs" needs an atmospheric medium to assure wireless access to the bodies and brains of anyone on Earth—from heat-seeking missiles to a form of mind control. 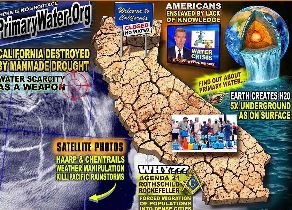 See down below for more information on Drought in California and what is HAARP.