NaturalNews dated 20 March 2019 published this health issues article “Johnson & Johnson exposed as the mastermind corporation behind the opioid epidemic that kills 60,000 Americans a year”.  Here is an excerpt:

“Who is to blame for the opioid epidemic that is currently gripping the nation and taking the lives of 60,000 Americans each year? Most people tend to blame the makers of these drugs, the doctors who prescribe them, and some even fault those who take these medications. However, now a very familiar name has been exposed as being the mastermind behind the opioid epidemic: Johnson & Johnson.

While you might associate Johnson & Johnson with pure images like the squeaky-clean, soft skin of a baby thanks to years of effective marketing, it appears that something far dirtier is going on at the New Jersey-based multinational personal care brand. The accusation that it was the “kingpin” fueling the opioid crisis in the U.S. and acting as a major seller, provider and lobbyist carries a lot of weight as it comes from Oklahoma’s Attorney General, Mike Hunter.”

Why am I not surprised at this turn of events after all for umpteen years they kept their talc on the market knowing that it was causing cancer in women!

Aluminum – What is it causing?

World Mercury Project dated 23 August 2018 published this health issues article “Aluminum could cause multiple sclerosis, say scientists who link the disease to high levels of metal in the brain.”  The article goes on to say:

California allows mercury in vaccines for under three-year-olds!

This health issues article goes on to say:

“A recent memo issued by the State of California Health and Human Services Agency shows that mercury is still included in vaccines used for children.

The state of California did make an effort, at first, to provide its children with mercury-free vaccines. However, when they ran out of them, a letter by Secretary Diana S. Dooley released October 9, 2015 approved the use of vaccines laced with thimerosal, a mercury-based vaccine preservative.”

Please make sure that you click this link to read the entire article including the harm of thimoseral in vaccines and to read the letter from Health authorising its use.   Also to read how you can naturally assist yourself in avoiding the flu.

Warning on food coming from China

NaturalNews dated 12 August 2017 published this article. ” Nearly 100 percent of the food coming from China is fraudulent or counterfeit, warns “food spies” expert”.   An excerpt from the article:

“It is becoming increasingly clear that when you consume food from China, you are risking your health. CNN reported that during the first three quarters of 2016 alone, Chinese Food and Drug Administration officials had uncovered more than 500,000 incidents of illegal behavior. Some of the outrageous food fraud cases that have been reported out of China include cadmium-laced rice, fake eggs, plastic pellets passed off as rice, carcinogenic recycled cooking oil, and glow-in-the-dark pork.”

Health Issues asks that you click this link to learn the deceptions being perpetrated in order for you to protect yourself and your family.

Rise of the Superbugs

This was the start of this page but on 17 August 2013 this YouTube came to my attention and I felt that it should precede this information.

Sorry but the YouTube Rise of the Superbugs has been deleted. 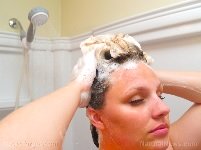 NaturalNews dated 21 April 2017 has produced this article “Senators ask FDA to ban cancer-causing chemical from bath products”.  In my personal opinion this request is long overdue!

A COMMON chemical, used in a range of products from shampoo to plastic, may cause infertility in boys while they are still in the womb, it emerged yesterday.

Mothers-to-be may unwittingly be putting their sons at risk of defective sex organs, low sperm counts and even cancer, by washing their hair or using make-up.  Substances called phthalates used in shampoos, conditioners, skin lotions and make-up are linked to an increase of abnormalities and infertility?” And so the article goes on and here we have the US Senators FOURTEEN YEARS LATER now asking the FDA to ban cancer-causing chemicals.

The NaturalNews article goes on to say:

“Your shampoo could be harming you. The substance 1,4-dioxane, is a carcinogen that’s commonly found in personal care products that create suds, such as in shampoos, hand soaps, and shower gels. According to the Environmental Working Group, at least 8,000 products contain 1,4-dioxane. In spite of this, companies are not required by the U.S. Food and Drug Administration (FDA) to list it as an ingredient. This is because 1,4-dioxane is a contaminant that is created through ethoxylation, in which ethylene oxide—a breast carcinogen—is combined with other chemicals to make them less harsh. This reaction occurs during the manufacturing process, making 1,4-dioxane an unintentional byproduct in addition to being a contaminant.”

Marilyn Vine would like to start off health issues with information on:

Dr Mercola on 6 December 2016 interviews David Lewis about endoscopes and their sterilization.   Asking questions about how these are sterilized could save your life from infection after the procedure.

Dr Jacob Teitelbaum says this is not caused by a calcium deficiency but to treat your hormones.  Listen to what he has to say and click on a product that I use for hormonal health.

In Dr Hulda Clarke’s book “The Cure for all Advanced Cancers”, she tells us that in every case of cancer she finds a parasite involved.

NaturalNews on 30th September 2014 provides information on 8 herbal remedies that can be used to help cleanse you of these parasites.    Many of these herbal remedies I have in the form of essential oils, which are therapeutic grade oils and sometimes I put a drop or two into some water and drink them to help keep myself cleansed.    Click this link to read the NaturalNews article and this link to contact me regarding the oils I use.

Is the food you are eating causing issues with your health?

On 7 March 2013 Prevent Disease brings information on scientists now saying that processed foods, takeaways and microwaves could be to blame for a sharp increase in autoimmune diseases such as multiple sclerosis, including alopecia, asthma and eczema.

For me eating as much fresh as possible is of prime importance to my health and that of my family.   I DO NOT USE A MICROWAVE and in fact I don’t even own one!   Microwaves nuke your food and you end up eating “dead” food instead of “live” food which will help to provide your nutritional requirements.   I also avoid processed foods and takeaways as you never know what hidden ingredients are contained in them and what health issues they will cause.

Aspirin
Is it causing a rise in macular degeneration?

A study in the Journal of American Medical Association and a study conducted in the Netherlands called Associations between aspirin use and aging macula disorder:  The European Eye Study both concluded that regular use of aspirin doubles the risk of age-related macular degeneration.

I have been reading scientific studies that advise that the use of zeaxanthin, astaxanthin and lutein can more than likely assist in the prevention of macular degeneration.

Click on this link to read the NaturalNews Article.

Iatrogenic
Do you know what this is?

When a patient acquires a new illness, or is injured by the services provided by a medical provider, then the result is considered to be "iatrogenic". Iatrogenic events may result during diagnosis or treatment, and they may be physical, mental or emotional problems.

The key to the definition is that a new medical problem has cropped up as a result of the actions of the medical provider. The patient would not have gotten sick or hurt had he or she not interfaced with that doctor or other practitioner.”

Now read NaturalNews article dated 27 February 2013 in relation to this where they advise:

”The rate of iatrogenic deaths is quite high, higher than traffic fatalities, heart attacks, and cancer deaths. And there are even more iatrogenic episodes that result in permanent disability or lifelong pain.”

In this Health Issues page and other pages on this website I keep saying We must all take responsibility for our own health and to me this article just reiterates this belief.

Is this another case of governments, etc lying to the public?

On 19 February 2013 Alliance for Natural Health, USA published an article on “Compact Fluorescent Light Bulbs:  A new cancer risk in your home”

This report covers the fact that these bulbs contain mercury which is a major problem if a bulb gets broken and could cause significant health issues.  German scientists have also found that the bulbs contain other cancer-causing chemicals.   Read the article to learn more.

What is the Queensland Government up to?

NaturalNews published an article on 11 February 2013 which advised that the Sunshine Coast is using a product called Gloricide over the wetlands areas in an attempt to control gloriosa lily.   Back in 2011 the director of an environmental company contracted by SCRC to aply Gloricide was fired for refusing to spray it throughout Australia’s sensitive dune network.   Read the article and then contact both Federal and State Governments in an endeavor to put a stop to this practice.

Hospital Curtains
Are these culprits behind the high infection rates in our hospitals?

Reuters advise on 22 September 2011 that a study undertaken in the United States has revealed that the privacy curtains separating patients in the hospitals show signs of being contaminated with potentially dangerous bacteria!   The findings from this study should be circulated widely for the information, not only of hospital staff but for the visitors that touch these curtains.

AIDS
Is HIV the root cause?

Prevent Disease brings us a YouTube on 26 September 2011 where in fact this is being questioned by the scientific community.     Watch the YouTube and then read the article.

NaturalNews on 16 September 2011 brings health issues information that Californian officials manipulated safety data when authorizing the use of methyl iodide onto strawberries.   This is extremely toxic and can have health implications.

Health Issues page brings you an article dated 30 August 2011 with regards to gas fracking  in the US.   This is an important article as it clearly shows that the people who are declaring that fracking is safe are the very people who are involved in the mining industry.    I guess you could say that the mining industry is self regulating rather than government agencies regulating with the safety of people and the environment being their main concern.

Sadly the Australian Government is going down the same path and we are hearing more and more reports of people being sick in the areas that this fracking is taking place.

33.1 million people in the US injured by household consumer products!

33.1 million people in the US injured by household consumer products!

Health Issues page brings you information on the 10 of the everyday things that we use in the home that pose a danger to us.

Marilyn Vine trusts that you have found the Health Issues information enlightening and would hope that you will share it with your family and friends.   Please contact me in the email form below if you have any queries.