Fluoride – artificial F. and what they are capable of

Marilyn Vine will be updating this Fluoride 2 page from time to time when information comes to hand.   You will hear me sing from the rooftops when this insidious poison is removed from Australian public water supplies!    The singing will be even louder when it is totally removed from every country’s water supply! 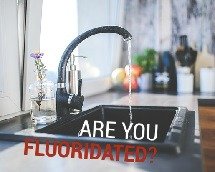 I am personally using a water filter system that gives me quality drinking water with the added advantage of having an infusion of hydrogen into the water.   In August 2015 NaturalNews provided an article advising that over 200 papers have been published on the ability of molecular hydrogen to treat over 60 disease models including: 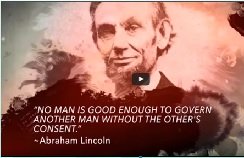 Bookmark this fluoride informationpage to see new information as it comes to hand.

Scientists issue major warning about fluoride in our drinking water


“If you doubt the fact that fluoride is toxic, consider this: 20 years ago, the FDA ordered toothpaste manufacturers to add a poison warning to all toothpastes containing the chemical.  The warning, which advises the public to seek professional medical help if swallowed, still appears on fluoride toothpaste tubes today.  In addition, fluoride continues to be added to municipal water supplies in 70 percent of the United States.

The long-term chronic exposure to fluoridation has natural health experts – as well as a growing group of conventionally-trained healthcare providers – very worried. (keep reading to understand why)”


How to get rid of your rats and mice!

If this is what it does to rats and mice – have you ever asked yourself the question – what does it do to me?  You may be aware that this is used as a rat poison.   Do a google search if you are not sure. 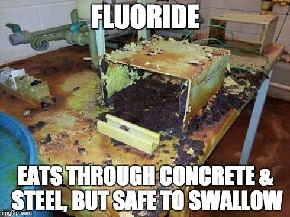 Do you really believe that it’s safe to swallow if it can eat through concrete?


Yes, what we ingest is not in a concentrated form but diluted.  Do your research and you will find many scientific studies enumerating a myriad of adverse effects of ingesting artificial fluoridation compounds in its diluted form.

Pagosa Daily Post on 31 August 2016 provides an opinion on a new Study which reveals F. Consumption linked to diabetes type 2.    Click this link to read more about this.

One Percent Increase in Artificial Fluoride

NaturalNews on 1 October 2015 advises that a one percent increase in fluoridation can cause an additional 131,000 autism cases!      Absolutely incredible

AND WE ARE STILL ARTIFICIALLY FLUORIDATING PUBLIC WATER SUPPLIES!

“As scientists struggle to explain why thyroid cancer rates have more than tripled in the U.S. since the mid-1970s, nobody's addressing the elephant in the room that is artificial water fluoridation and the confirmed toxicity of fluoridation chemicals when they enter the thyroid gland.”

People who have done their research know that fluoride stops the thyroid from uploading magnesium and magnesium is responsible for so many inflammatory diseases including cancer and cardiovascular.

Are you aware that this food exposes you to 180 times more fluoride than ingesting water?

On 4 February 2012 Dr Mercola advised in a video link up with Jeff Green that unless we are eating organic foods that we are being exposed to much higher levels of fluoride than ingested by drinking fluoridated water?

A cover story published in October 2010 in the American Dental Association Journal confirms an early study done by Levy which found that ”Infant formulas reconstituted with higher F water can provide 100-200 times more F than breast milk or cow’s milk.”   Please click on the link and read the information provided.

From a Professional Perspective

Rainwater
Who Does it Belong to?

An article on the ownership of rainwater and it just amazed me!  The information contained in this news item has already been implemented in parts of the US.   I believe that people should be on the alert to watch for signs that other States in the US don’t follow suit.  I believe that sometimes they trial something in one area to see how they get away with it and if they are successful then they start implementing elsewhere.  Unfortunately, for Australians we tend to follow what the Americans are doing so we too need to be alert.   Click the link

Dr Mercola has released an article dated 20 July 2010 with regard to the problems that people in Indian villages are facing due to the high content of NATURAL fluoridation in their water supply.    I understand that China also has a similar problem with the high level of natural fluoridation.

This begs the question:

If naturally occurring fluoridation causes such enormous problems then what is fluoride that is an industrial, toxic chemical waste product and an S6 poison doing to us when added to the public water supply?????

We learn in that in a town in India called Gaudiyan with a population of around 200 people that 135 have bone deformities!    This is being caused by the excessive amount of naturally occurring fluoride in their water supplies.  It is also reported that in villages in other places of India that the children are being affected.  They are being found to have Lamellar Congenital cataract which is causing them to lose their vision due to  the lense of the eye becoming damaged.

Dr Mercola says in his article:

“This is an important topic for a number of reasons and one of the most important is that it helps dispel the popular public health myth that fluoride in the water supply is normal and actually prevents dental caries.

Nothing could be further from the truth as fluoride is a toxin and a poison even when it occurs naturally in your water supply.”

He goes on to say:

“Amazingly, the United States is only one of eight countries in the entire developed world that fluoridates more than 50 percent of its water supply. (The other seven are: Australia, Colombia, Ireland, Israel, Malaysia, New Zealand and Singapore.) Canada has a little over 40 percent of its population drinking fluoridated water and that percentage is falling as more and more communities are halting the practice.

Most likely, your dentist – along with countless government and public health officials -- has praised and promoted the use of fluoridation, both in toothpaste and drinking water, as one of your must-do regimens to promote strong and healthy teeth.

Unfortunately, they've all bought into the public deception of fluoridation's so-called "safety and effectiveness" and have unwittingly participated in and perpetuated perhaps one of the grandest public health frauds and toxic cover-ups in U.S. history.”

Read his report and make your own assessment.

Dr Mercola and Dr Paul Connett have done an interview on fluoridation.    Both Dr Mercola’s newsletter, the transcript of the interview and the YouTubes are well worth taking the time to read/listen to and learn.   Unfortunately, many people around the world are quite ignorant about the side effects of ingesting this poisonous substance simply because this information is kept concealed from the general public, both by governments and the media!

Robbing your body of magnesium

Information on how “F. seeks out minerals such as magnesium and binds with it, making magnesium unavailable to the body and unable to do its work. The magnesium-fluoride mineral produced is called sellaite; it is almost insoluble and ends up taking the place of magnesium in hard tissues like bone and cartilage, but its brittleness makes the bone susceptible to fracture. The reduction in available magnesium causes a decrease in enzymatic action in the body.”

This lack of magnesium in your body sets you up for many diseases.  Click on this Link and read about it.

This report was submitted to Health Canada 27 November 2009 by Kathleen M Thiessen, Ph.D, SENES Oak Ridge, Inc., Center for Risk Analysis, professional in the field of risk analysis, including exposure assessment, toxicity evaluation, and risk assessment. She has recently served on two subcommittees of the National Research Council’s Committee on Toxicology, including the NRC’s Committee on F in Drinking Water.

Evidence also suggests that f. temporarily hides cavities by causing only surface remineralization which “covers up” underlying cavities. This may cause a delay in the diagnosis of cavities, leading to larger fillings, hence higher financial costs to the patient and increased fragility of the tooth. Increased fragility of the tooth generally leads to a shortened life span for a tooth.

F... Leads to Increased Tooth Fractures.   Below are statistics on tooth fractures.

You will notice that North Caroline in the USA where the highest concentration of fluoridation occurs has the highest rate of tooth fracture!

Here is a report that is saying that “F.. appears to have the potential to initiate or promote cancers, particularly of the bone...” NRC 2006 p336

The Face of Dental Fluorosis

One of the strongest physiological effects of fluorides in drinking water (e.g. hydrofluorosilicic acid) is in the kidney, a point to consider in light of increased rates of kidney failure during recent decades.<br>

F.. and the Brain

Nature has found it best to keep F away from the Newborn  "These findings show that plasma fluoride is poorly transferred to breast milk and infants thus receive almost no F during breast feeding... The existence of a physiological plasma-milk barrier against F suggests that the newborn is actively protected from this halogen." <i>Ekstrand J, et al. (1981). No evidence of transfer of F from plasma to breast milk. British Medical Journal 283: 761-2.

How Many People Have these symptoms?

Click onto the link and see all the symptoms.

Marilyn Vine trusts that you have found the above links of assistance to you in your research.    I can be contacted in the email below for people in Australia who like to know more and also can provide them with the name of a person in their State if they let me know where they live.