Marilyn Vine’s Natural Fertilizers page is intended to encourage people to start their own gardens and in particular their vegetable gardens so that they can at least control some of the toxic substances that are being sprayed and used in commercial enterprises. 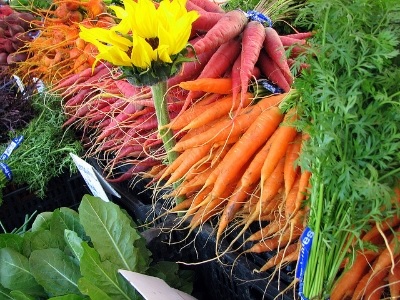 Changing the way you think and care for your soil

Dr Mercola goes on to say:

Principles that make soil healthy and well-functioning include keeping the soil covered with mulch or cover crops, having living root, bringing in diversity of plants, and integrating animals

Natural Fertilizer page is always pleased to provide information like this.

Is Autism linked to our food

Listen to Dr. Stephanie Seneff talking about the alarming rates of autism in this country and why she thinks the numbers are so high. She then discusses the country's agricultural system and why that has actually made the population so sick.

Do you think this could be the cause and if so should we be stepping away from GMO foods and back to natural fertilizer to grow our food?

Caring for our land and environment

Dr Mercola on 25 November 2014 brings a short YouTube on grass fed beef but more importantly information on why the food industry is fighting so hard to prevent GM food labeling.  Dr Mercola advises that industrial-scale farming has wide-ranging problems.  It can cause deteriorating food quality and increasing safety hazards to environmental destruction which could place our food chain at risk in the future.

Dr Mercola and Courtney White discuss carbon sequestration.   On 24 August 2014 Dr Mercola advises that returning to more sustainable organic farming methods is also necessary in order to support the regeneration of soils, which, ultimately, dictates how nutritious the food grown in it will be.  Listen to the YouTube and then click this link to read more.

NaturalNews on 8 July 2014 with regards to the amount of harm our children are suffering from the use of toxic herbicides and pesticides.   It is important that we choose as natural as possible to grow our produce for the safety of humans, animals, plants and waterways.  They all suffer when we use harmful toxic ingredients including genetically modified foods.   Click this link to read the article.

Dr Mercola interviews Will Allen of Cedar Circle Farm who runs 40 acres to grow organic and feed thousands of people in a 50 mile radius and also taking the time to encourage young people to go onto the land and teach them the best ways to farm.   Take the time and listen to the YouTube

All new information will be posted under this bookmark.

Bookmark this page to see new links as they come to hand.

On 24 November 2013 I received information with regards to synthetic nitrogen fertilizers leaching from the soil and into the groundwater much quicker than it was previously believed.  The article goes on to say:

“Nitrate is a problem as a contaminant in drinking water (primarily from groundwater and wells) due to its harmful biological effects. High concentrations can cause methemoglobinemia, and have been cited as a risk factor in developing gastric an intestinal cancer. Due to these heath risks, a great deal of emphasis has been placed on finding effective treatment processes to reduce nitrate concentrations to safe levels.”

More information can be found by clicking this link.

Dr Mercola on 10 August 2013 tells us about new information that has come to hand.

British researchers have discovered plants have a highly complex underground communication network, formed by a type of fungi called mycorrhizae

Mycorrhizae attach to the roots of plants, sending out fine thread-like filaments to the roots of other plants and forming an underground web that can stretch dozens of meters in a virtual “plant Internet”

These filaments not only increase nutrient uptake 100 to 1,000 times, but also serve as an early warning system to connected plants so they can build up their defenses when a threat presents itself

This finding has profound implications for how we grow our food, as we may be able to include “sacrificial plants” marked for pest infestation so that the network can warn, and thereby arm, the rest of the crop

Natural Fertilizers Page is pleased to bring you this information and asks that you listen to the YouTube to learn more and click on this link for the article.

Dr Mercola on 12 October 2013 brings information on Biochar to fertilize our gardens.  Here is an excerpt:

“Biochar is created by slowly heating biomass (wood and other plant materials) in a low-oxygen environment, such as a kiln, until everything but the carbon is burned off and then putting it into the ground

Natural Fertilizer page now asks you to listen to the YouTube

Dr Mercola on 22 September 2013 brings an interview with John Kempf who is the CEO of Advancing Eco Architecture with how to increase your garden yield 8-fold.    Listen to the YouTube and then click this link to read information on the interview.

Natural Fertilizers page brings information from NaturalNews dated 2 June 2013 with regards to the fact that carbon dioxide levels are finally rising albeit ever so slightly.   This rise brings much needed carbon dioxide to the plants and forests of the world which have been starving for CO2.   The lack of CO2 has a huge limiting factor for plant growth and reforestation of the planet.    Please read the article to learn more.

I am sure that we would all like to have healthy garden soil which would also mean that there would be minerals in the soil.  Unfortunately, many places in the world today are badly depleted of minerals in soil.   I feel sure that many of us would like to know more about the country they live in and the state of the minerals in soil pertaining to that particular country.  It is pleasing to the eye to see and know that natural lawn fertilizers have been used to produce good quality lawns.

The US Senate Document No 264, 1936, 74th Congress spoke of the lack of minerals in American soil and the adverse effect this has on the American people.  Click the link to learn more about this.

Lack of Minerals in soil

Do you think we should have the right to know about the lack of minerals in soil?   Don’t you think that the Governments of countries should be advising farmers, in particular, and every day home gardeners on the importance of mineralizing their soils?  Doesn’t it make more sense to put minerals in soil so that the general population can achieve better health?

I know that I personally would prefer to use natural fertilizers.  I know that we try to avoid the use of commercial sprays in our own home garden   I guess we have to ask the question: why do the Governments of countries think that we don’t have the right to know and therefore do something about the situation?  When you do more extensive reading you will find that the fertilisation processes that we use can, in fact, do more harm than good!

By having healthy garden soil we can restore the nutrition and health benefits back, not only to our soil but to the produce it yields.    By putting an organic rock dust over our lawns and pastures, not only do we see healthier lawns but the animals that eat the pasture also ingest the minerals which in turn is passed on to us in our food.  This can be achieved by using natural fertilizers.  We also see healthier vegetation which is less vulnerable to disease.

Jenny and Stan from NSW Australia first experimented on their farm by spreading organic rock dust down the fence line in one paddock.  They found that their beef cattle ate this grass down to the roots!  The discerning animals left the balance of the paddock uneaten.  This is the result of what natural fertilizers can do.

Dr Julius Hensel back in the 1800’s made a discovery which was so important to mankind.

Julius Hensel was a miller.  One day whilst milling grain he saw that some stones went through the milling process.  He sprinkled this milled grain with the milled stones over his garden.   To his surprise his vegetables took on a new, much more vigorous growth.  Because of the results he received, he started to grind stones and to apply the stone meal to fruit trees.  Again he was pleasantly surprised.  Apple trees that had previously borne wormy, imperfect fruit now produced good fruit, free of worms.   He also found that when he used the stone meal on his vegetables that they were free from insect pests and diseases.

This was such an important discovery and we had a right to know more!

He wrote a book telling us about his finds but the Chemical Fertilizer Trust Members succeeded in burying his memory, and destroying his book and had his Stone Meal Fertilizer removed off the market!

With the rebirth of the Organic Movement that has gone through the world, the truth has finally come to the fore.  Unfortunately, very few of Dr Hensel’s books remain.

A man called Liebig, a German agricultural chemist was the first person to put forward the theory of chemical fertilization, saying nitrogen, phosphorus and potash were the only major elements required..    This is the basis on which chemical fertilizers were manufactured and still are today.

Hensel stated that plants and trees needed more than these three major elements.  He placed emphasis on the importance of trace minerals.  No notice was taken of trace minerals at this stage by the fertilizing industry.  Hensel recommended a bland form of minerals from pulverized rock.  He thought granite which is a primordial rock, that contains the main trace minerals t0 meet the need of nutrition in plants.   He seemed to think it was a complete plant food and that it enhanced the poorest of soils.

Vested financial interests behind the fertilizer industry using agricultural authorities and university professors, painted Dr Hensel as a charlatan and told farmers that his Stone Meal Fertilizer was useless.

Hensel made powerful enemies in the chemical fertilizer industry, which resolved to liquidate his Chemical Trust.  His Stone Meal business was destroyed and the product removed from the market.   The industry also attacked his book, Bread from Stones, they succeeded in suppressing the future publication of his book and had it removed from libraries.  Dr Raymond Bernard has one of the few surviving copies of the book.

Dr Raymond Bernard wrote an article called “Bread from Stones”.  For more information on this article click on the link